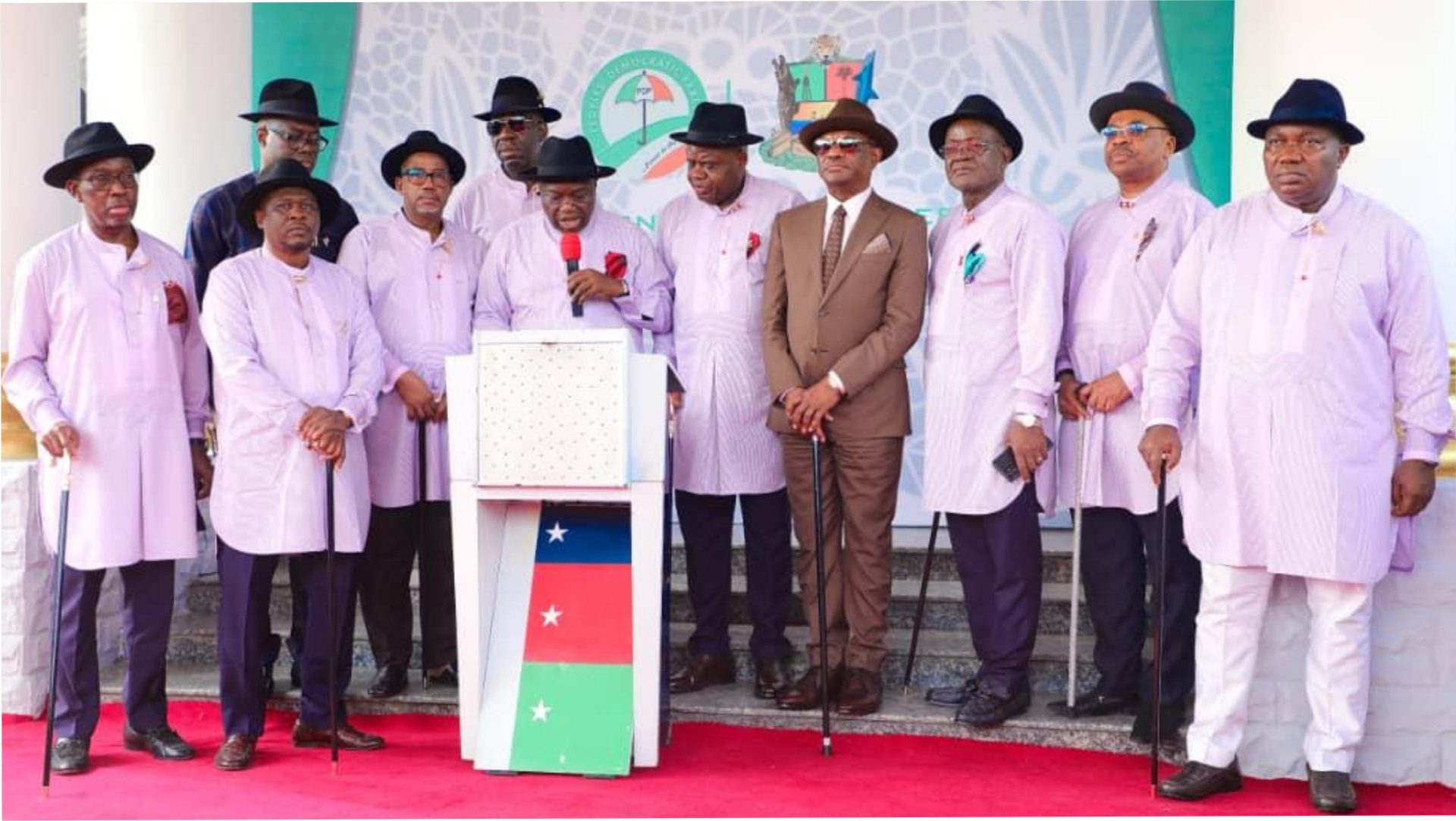 Governors elected on the platform of the Peoples Democratic Party (PDP) have urged President MuhammaduBuhari to sign the Electoral Act Amendment Bill into law immediately.

This appeal is one of the 9-point communique issued by the governors who met under the aegis of PDP Governors’ Forum, last Monday, at the Bayelsa State Government House in Yenagoa.

Reading the communique to journalists after the meeting, the Vice Chairman of the forum, Governor OkezieIkpeazu said the meeting reviewed the state of the nation and the readiness of the PDP to rescue the nation from All Progressives Congress (APC) misrule.

The PDP governors said that by not signing the Electoral Act Amendment Bill immediately, Buhari would be demonstrating that he was unwilling to give to Nigerians a reformed electoral framework.

“Waiting to run out the 30 days is yet another sign of unwillingness by Mr President to give Nigeria a reformed Electoral framework.

“If there are still misgivings on any aspect of the Bill Amendments may be introduced at a later stage.”

Again, the governors expressed displeasure on the issue of contaminated fuel that has been supplied to Nigerians.

They urged the Federal Government to bring the perpetrators to account.

“The governors frowned at the duplicity, inconsistency, insincerity of the APC-led Federal Government on the fuel subsidy regime, which has been badly and corruptly administered.

“The figures of consumption and ascribed to Nigerians appear fictitious and bloated. They called for proper investigation to be conducted on this matter.”

Also in the communique, the forum welcomed the court decision on Police Trust Fund deductions from the Federation Account.

They noted it as a suit at the instance of Rivers State, and urged the Federal Government to stop similar unconstitutional deductions from the Federation Account.

“In the same vein, the Revenue Mobilisation Allocation and Fiscal Commission should expedite action on the new Revenue Allocation formula in such a way as to increase allocation to states and local government.”

The forum deplored the way and manner the Central Bank of Nigeria (CBN) was being run as an alternate government, which they described as a government within a government.

They said it was time to streamline the functions and processes of the CBN in order to make it become constitutionally compliant.

Again, the forum once again decried the opaque nature of NNPC operations.

They called for accountability and reconciliation of NNPC remittances into the federation account.

About the current phase of the Constitution Review exercise at the National Assembly, the forum urged the national lawmakers to revisit the issue of devolution of more powers to the states and local governments.

“This opportunity to rejig the framework for policing and securing Nigeria should not be missed. To this end, the forum would set up a panel of consultants to have a thorough look at the security architecture of Nigeria and make recommendations.

“The governors also urged the National Assembly to transfer some items from the Exclusive Legislative List to Concurrent List.”

The PDP governors were particularly delighted over the victory of their party winning 43 out of 62 councillorship positions in the Abuja Area Council election.

“In spite of improvements in the conduct of elections, the Gwagwalada and Abuja Area Council results show that manipulations are still possible.

“They urged Independent National Electoral Commission (INEC) to tighten all observed loopholes and further improve on the functioning of the BIVAS Machine for future elections.”

The PDP governors congratulated their colleague, Governor DouyeDiri on his second anniversary in office.

They noted that he has made a positive difference for the people of Bayelsa State, and also thanked him for being such a gracious and wonderful host.