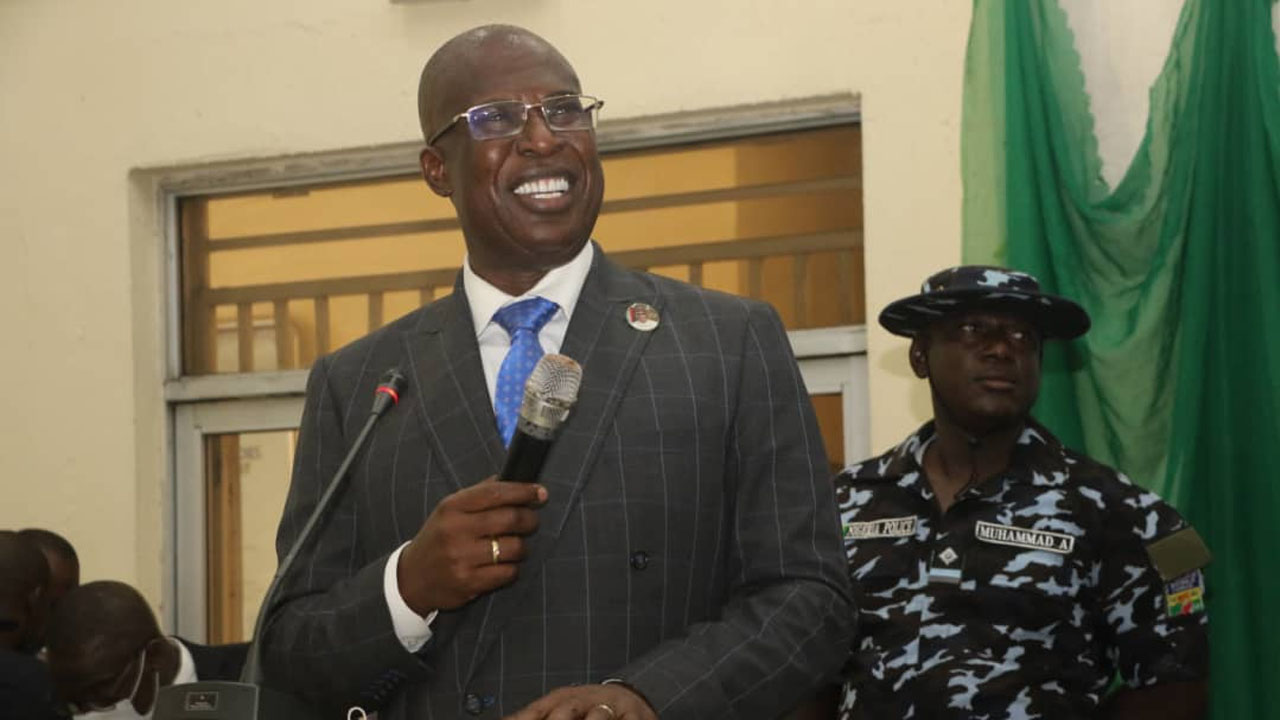 Minister of State for Petroleum, Chief Timipre Sylva, has withdrawn from the All Progressives Congress (APC) presidential primary and resumed work.

A correspondent who monitored development at the ministry in Abuja, yesterday, reports that Sylva withdrew having considered the enormous work at hand in the ministry.

The news medium reports that the Northern Solidarity Group, on May 9, presented the APC’s expression of interest and nomination forms to the minister to enable him contest the party’s 2023 presidential primary.

An official, who craved anonymity, said Sylva withdrew from the race to support President Muhammadu Buhari in his quest to achieve a robust oil sector.

The bureaucrat said: “He promised to consult the leader of the country and his political leaders the day he was presented with the form.

“He believes that concentrating on his work will attract more investments for the oil and gas sector.

“He has consulted and he believes that the challenges in the ministry and oil and gas sector are enough issues for him to begin to deal with now than going to pursue presidential ambition at the expense of the nation.

“The oil and gas sector is the mainstay of the economy, and it is not like any other ministry somebody can just come in and take over.

“It requires some measures of time for the person to understand what is happening in the system.

“For the interest of the industry and the nation, he has decided to wave that personal ambition to see what he can contribute in the remaining part of President Buhari’s administration.

“The implementation of the Petroleum Industry Act 2021 is very critical, and he wants to continue to make his own contribution to the day-to-day running of the country and support Mr. President for robust achievements.”

The Senior Special Assistant to the Minister on Media, Horatious Egua, also confirmed the development.
BESIDES, Managing Director of Nigerian Security Printing and Minting Company (NSPMC), Abbas Masanawa, yesterday, said he had complied with the presidential directive by resigning his appointment to pursue political ambition.

The  correspondent reports that Masanawa, who is one of the governorship aspirants in Katsina State, has bought and submitted his expression of interest and nomination forms.

Fielding questions from State House correspondents in Abuja, Masanawa said he had adhered to the President’s order, confirming that he submitted his resignation letter through the Central Bank of Nigeria (CBN) board.

His words: “Absolutely, I have abided completely with the presidential directive. And I’ve resigned my appointment as managing director and chief executive of the Nigeria Security, Printing and Minting.

“I sent in my resignation through the chairman of the board, who also happens to be the governor of the Central Bank of Nigeria.”