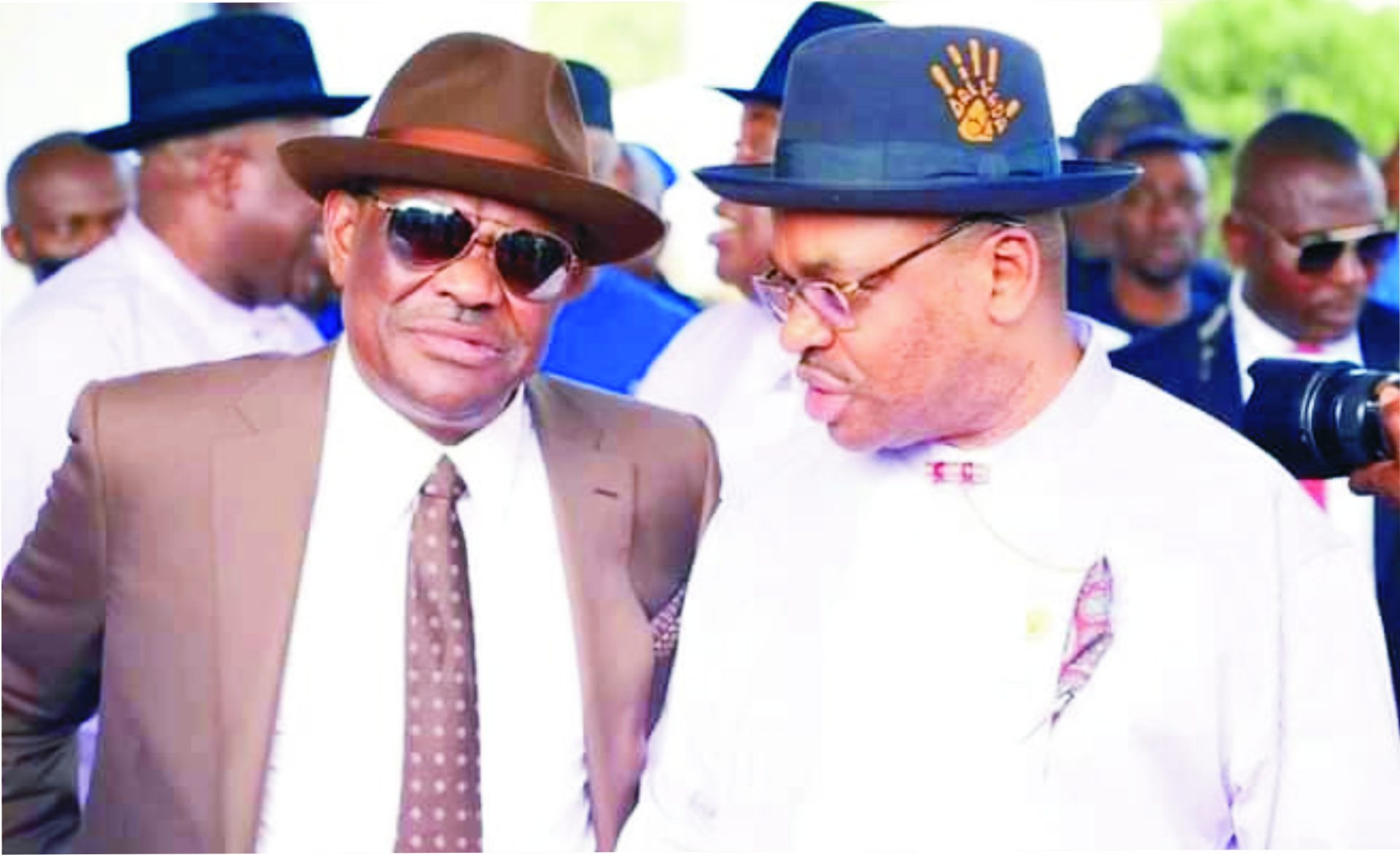 The National Working Committee (NWC) of the Peoples Democratic Party (PDP) has approved the nomination of Rivers State Governor, Chief Nyesom Wike as chairman, and Governor Emmanuel Udom of Akwa Ibom State as co-chairman, Campaign Council/Election Management Team for Cross River State Bye-Elections.
In a press statement signed by the National Publicity Secretary of the PDP, Hon. Debo Ologunagba and made available to journalists, yesterday, the party stated that Wike would lead the National Campaign Council/Election Management Team for the Ogoja/Yala Federal Constituency and Akpabuyo State Constituency bye-elections scheduled for Saturday, February 26, 2022, in Cross River State.
According to the statement, Udom is co-chairman while members include former governors of Cross River; Sen. Liyel Imoke, and Mr Donald Duke.
Other members include,Venatius Ikem, Rt. Hon. Ndudi Elumelu,Prof Stella Atoe,Sen. Jarigbe Agom Jarigbe,Sen.Sandy Onor,Sen.Gershom Bassey and 11 others.
The party further stated that the Directorate of Organisation and Mobilisation shall serve as Secretariat for the council.
The Cross River State APC Chairman, Alphonsus Eba Esq. had earlier stated that Rivers State Governor, Chief Nyesom Wike was a security threat, adding that the people of the state would resist his coming to the state in the interest of peace.
Eba stated that they won’t tolerate further intimidation from Wike, stressing that their peace and hospitable disposition as a state should not be taken for granted.