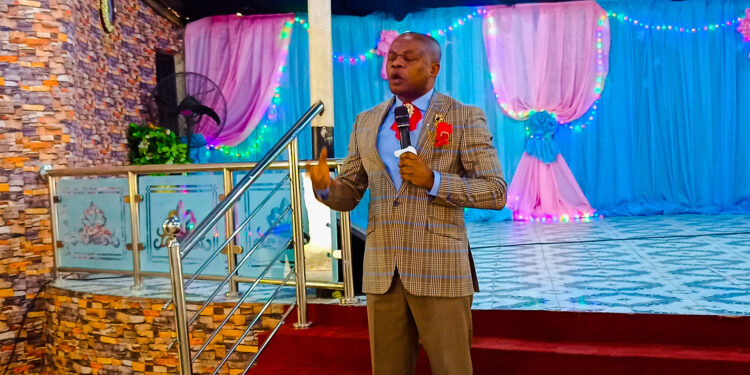 A senior pastor and convener of Abuja Ministers Prayer Outreach(AMPO), Pastor Prize Aluko, has declared that the ruling All Progressives Congress (APC) will lose the 2023 presidency if it fails to adopt former President Goodluck Jonathan as its consensus candidate.

Pastor Aluko of The Resurrected Assembly(GROM), Abuja, maintained that since God has “engraced” Jonathan to be president of the country on the platform of the APC, come May 29, 2023, other aspirants for the presidency should step down for him.

Speaking on Thursday in Abuja, the cleric warned that whoever desires to pick his nomination and expression of interest form for the presidency or has already purchased it, in other to contest against Jonathan “is wasting his time, resources and energy as they will be disgraced at the party primary”.

While calling on the former president to publicly announced his decamping to the APC, the cleric said ” Jonathan should not be afraid of any man because, it is a mandate that God has already set for Nigeria. Once he takes the bold steps every other person in the APC with presidential ambition will step down for him”.

“God has engraced Jonathan to become the president of this country come May 29, 2023 under the platform of the APC. So, whoever desires to pick his nomination and expression of interest form or has already purchased it is wasting his time resources and energy, because God cannot lie.

“On his part, Jonathan must as a matter of urgency make his defection to the APC public so that all his supporters will be aware of of his position.

There have been overwhelming request by a cross-section of Nigerians and interest groups for Jonathan to make himself available for the 2023 presidential election.

Only few days ago, a Fulani group, the Miyetti Allah Cattle Rearers bought his nomination and expression of interest form at N100 million.

On the religious front, Pastor Aluko has since 2020, prophesied that God will return Goodluck Jonathan to Aso Rock as president on the platform of the APC.

Since then, he has persistently called on the former president not to trade off his divine mandate of ruling the country once again.

Only recently, Aluko declared that Jonathan will never be president again if he declined God’s divine mandate to contest the 2023 presidential election under the APC.

According to him, this is the only opportunity left for him. After this one, he should forget about ever becoming the president of this country.

He urged Jonathan not to allow confusion or doubts to becloud his state of mind on the clear message of God, but to muster the bravery and step into the presidential ring under the platform of the APC.