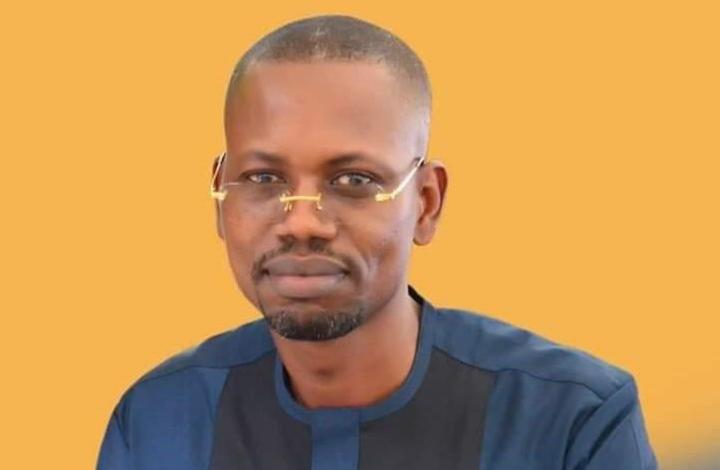 As the race for the Rivers State Brick house 2023 build up, with aspirants lobbying and scheming for delegates vote as the primary draw closer. More youth bodies in Rivers State have continued to show support and throw their weight behind the Governorship ambition of Dr. Dax Alabo George Kelly.

The recent endorsement is coming from coalition of Rivers State Youths for Better Deal and the Niger Delta Youth for Practical Development, Rivers State Chapter who took the consultation train to the number one youth leader of the state and Speaker, Rivers State Youth Leaders Assembly Hon. (Amb.)  Prince Tonye Jeminimiema over the weekend in Port Harcourt. The Leaders of the coalition Group Comrade Mike Omachi and Comrade Daniel Isaiah in their remarks stated that the consultation is to galvanize youth leaders to close rank with a view to push for a younger and youth friendly Governor, as the youths have been sidelined in the scheme of things in the State, it is so sad and absurd that the youths who are often used as foot soldiers by politicians to gain their political ambition and when they get enter, they dump the youths.

Come 2023 the youths in Rivers State Will not be relegated to the background again, we have to choose a candidate that will listen to our cries and   concerns, somebody  who will feel our pains and consciously take pragmatic steps to create jobs and empowerment opportunities.

The youths constitute 80 percent of jobless and unemployed people with nobody caring to know the emotional and psychological trauma the youths are going through, no employment, no empowerment. Governor who started as a youth friendly Governor unfortunately, those at the corridors of power has consistently barricaded the youths from having access to the Governor. We have carefully watched all the aspirants who have picked the expression of interest form in the ruling party in the State PDP and have considered Dax Alabo George Kelly more acceptable, popular understanding, grassroot orientated and more connected with the youths, it is obvious that the option party APC in the state who was supposed to field a Youth took the other way, hence we are calling on all well meaning youths in the state who are privileged to be delegates in the PDP to settle for Dr. Alabo George Kelly during the Governorship Primaries come 21st of May, 2022.

We wish to humbly enjoin Governor Nyesom Wike to consider all Sterling leadership qualities of   Dr. Alabo George Kelly and give him his support to fly the flag of the PDP in the March 2023 governorship election.

We have come to  seek partnership with the Rivers State Youth Leaders Assembly to drive this vision to a fruition.

In his response, the Rt. Hon. Speaker of  Rivers State Youth Leaders Assembly, distinguished Hon. (Amb.) Prince Tonye jeminimiema welcome the youth groups, their ideology and requests, promising them the readiness of the apex youth leadership body of the state on the call for the PDP delegates in the state to vote for Dr. Dax Alabo George Kelly during the PDP governorship primaries coming up on the 21st of May, 2022 in Port Harcourt to enable him flag the PDP ticket in the March 2023 governorship elections in the state.

Amb. Jeminimiema, said, Dr. Dax Alabo George Kelly is a very vibrant and trustworthy politician that is very sincere in his doings, and can efficiently and effectively represents the youths in governance of the state, and also will be accessible at all times.

The youth general of the state, Amb. Jeminimiema said with Dr. Kelly, things will turn around for good in the lives of our youths, he will consolidate on the achievements of the present administration under governor Nyesom Ezewon Wike, CON, POS Africa.

For now, i must be sincere to you all seated here with me, your call is very sincere and timing, Rivers State needs a God fearing person to attain that exalted position of governor of the State, and Dr. Dax Alabo George Kelly is the answer. Please continue with the campaign, talk to PDP delegates that you, convince them to vote for Dr. Dax Alabo George Kelly come 21st of May, 2022, and we shall all be smiling at the end of the day, let me used this opportunity to thank you ones again, my most distinguished comrades for coming to consult with me as your youth general, I assure you that victory shall be for us in God’s name.

Dr. George Kelly has been tested by the youths of the state as you earlier stated, he is the only person qualified for that office among other aspirants in the race, we are not joking here, Rivers youth Leaders must come out in their numbers to ensure overwhelming victory for Dr. Kelly come 2023, a man that has been campaigning seriously for the unity of the State, a man who believes in good governance and  leadership, a man who believes in the transformation of the state, a man who has been tested and trusted in all ramifications by our political leader in the state, Chief Barr. Nyesom Ezewon Wike, and a detribalized young man.

I am very convinced that with Dr. Dax Alabo George Kelly, Rivers people will not be disappointed. A vote for Dr. Dax Alabo Kelly is a vote for rapid infrastructural development of the Rivers state and to consolidate on  governor Wike developmental strides.