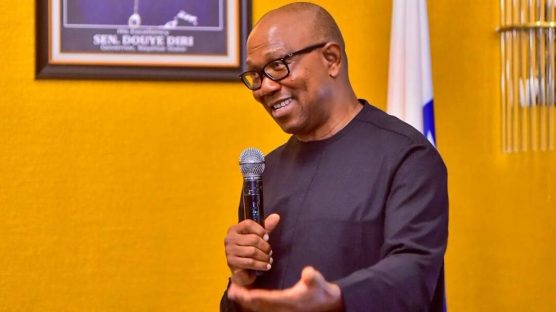 Following speculations that some Fulani Jihadist are plotting to assassinate the presidential candidate of the Labour Party (LP), Peter Obi, Igbo youths under the aegis of the Coalition of South East Youth Leaders (COSEYL) has urged security agencies in the country to thwart the plot and arrest all those behind it.

President General of the youth group, Goodluck Ibem, who made this known in a statement, warned the Jihadist not take the peaceful nature of Igbo youths for weakness, insisting that Obi’s ambition is his right.

Ibem said: “These criminal elements killing and kidnapping innocent people in the name of a jihad or whatever they call it should know that the time a strong man was born in a town that another strong man was also born in another town. Nobody should think that he has monopoly of violence. That we are peaceful does not mean that we are weak or senseless.

“Mr Peter Obi as a bonafide citizen of the Federal Republic of Nigeria and born in Nigeria has the Constitutional right to contest for any political office he deems fit and nobody can stop that.

“Obi is a successful man is all sense of the word. He agreed to contest for the office of the president of Nigeria not because he needs anything from the said office, but he made himself available because of the call on him by Nigerians who want to salvage our dear nation from collapse both economically, educationally and security-wise.

“Anyone who thinks he wants to attack such a peaceful and fulfilled man is sick and his sickness will be treated appropriately at the right time.

“Only a wicked and idiotic person will be comfortable with the current state of the nation . Our country is in dire need of a drastic change that will turn things for good and some people are plotting to make matters worse because of their so-called conquest.

“We call on those who know these criminals and their sponsors to warn them to remove the hands of the monkey from the cooking pot before it turns to the hands of a human being.

“We want these criminals to know that even a mad man is owned by some people and if you touch him believing as a mad man roaming on the street that he has nobody, the real owners will come out to defend him.

“Since after the kidnap and release of the Methodist Prelate, His Eminence, Rev. Samuel Kanu at Umunneochi Local Government Area of Abia State, more innocent people have been kidnapped and some killed despite the presence of the military in that area. These smacks of a collaboration with these criminals and conspiracy.

“We call on the security agencies to immensely move into action and arrest the real criminals plotting to assassinate Mr Peter Obi just because he answered the call of Nigerians to contest for the office of the president which he is eminently qualified to do so. Enough is enough.”

The art to never being late?

The constitution of the united states