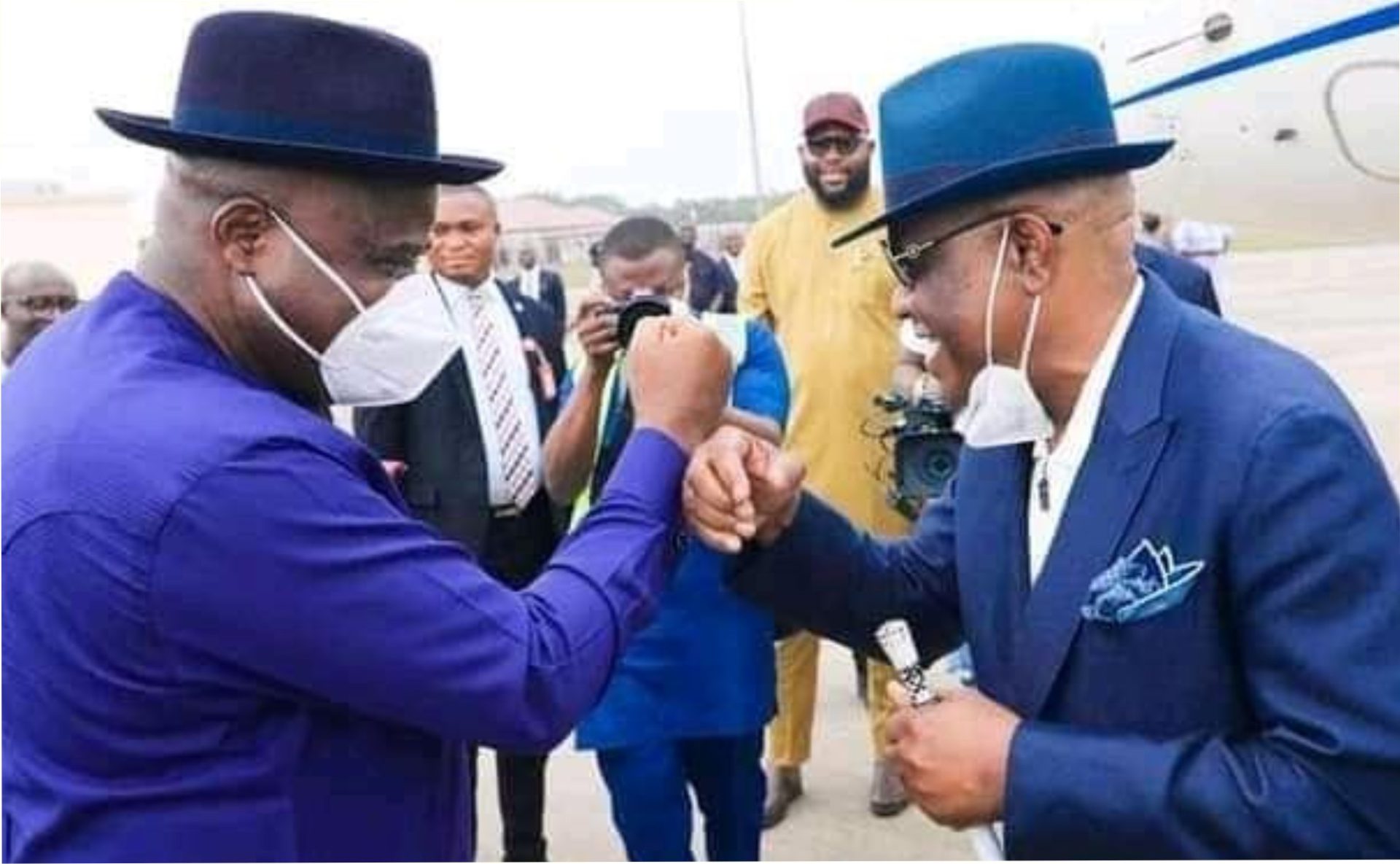 Rivers State Governor, Chief Nyesom Wike has said that President Muhammadu Buhari was afraid that giving assent to the Electoral Act Amendment Bill would make the All Progressives Congress (APC) to loose the 2023 general election.

Wike made the assertion at the inauguration of lecture halls, laboratories and offices of the Faculty of Basic Medical Sciences of the Bayelsa Medical University in Yenagoa, last Saturday.

The governor pointed to the inclusion of compulsory transmission of election results electronically in the Electoral Act Amendment Bill as the APC’s greatest fear.

“They are afraid that if INEC in 2023 transmits election results electronically, that is the end of them, because they know they will fail.”

Wike wondered why the APC-controlled Federal Government always seeks excuses to justify their unwillingness to sign into law what would advance the country’s electoral process.

He explained that in 2019, the president declined assent because the compulsory use of the card reader was included, which was seen as capable of dimming their chances of winning the election.

Again, Wike noted that the president also recently declined assent on the Electoral Act Amendment Bill on the basis that the National Assembly included direct primaries, as well as the inclusion of a clause that a serving minister have to resign before being qualified to contest for election.

“Every time this government, this party will find an excuse of not signing an Electoral Act. In 2018 to 2019, when they inserted the card reader in the Electoral Act Amendment Bill, Mr President said no, it is too early, I will not sign because they know if they had inserted it (card reader) in 2019 election, it would have been difficult for APC to win.

“Now, we are in 2022, going for 2023, National Assembly, in their wisdom, said there must be direct primaries by all the parties. Mr President came and said no, put options. National Assembly, in their wisdom has amended the bill and agreed to what Mr President said. Now again, Mr President said I’m in dilemma, I’m consulting. What is he consulting about? That there is a clause that says if a minister or a commissioner wants to run for election, you have to resign, that is why up till now, Mr President cannot assent to the Electoral Act Amendment Bill?.”

Wike said these are trivial excuses because in 2015, he resigned as minister, contested and won the governorship of Rivers State.

He then, wondered the basis of the claim that the president was consulting or that they were in a dilemma.

“After all, when I was a minister, I resigned to run for governorship. I resigned and I won the primaries. So, what is this hullabaloo of not resigning and you keep Nigerians’ fate hanging?Every day, Nigerians are thinking, what is going to be the future, where are we heading to?”

The governor regretted that nobody wants to do what is good for the citizenry and the country.

He also opined that Nigeria does not have a National Assembly that has what it takes to do the right thing for the good of the country.

Wike further commended the Bayelsa State Governor, Senator Douye Diri for his development strides as it was characteristic of governors elected on the platform of the Peoples Democratic Party (PDP).

He said while those of the APC were full of excuses and justify their lack of commitment to the wellbeing of their respective states, those of the PDP deploy wisdom and resources to provide infrastructure that improve the life of people in their states.

Wike donated N500million towards the completion of the Faculty of Basic Clinical Sciences building project at the Bayelsa Medical University, which was still at damp proof course(DPC) level.

He explained his delight at the courage of Diri in providing such training institution for medical personnel, and added that in the Niger Delta, there was need for mutual support to be engendered while resisting any attempt to create division among the states.

Wike said: “Whatever problems we have we would resolve them amicably. We need to support one another as people of the Niger Delta. We need to be our brother’s keeper.

“Just two years in office, Governor Diri has performed exceptionally well compared to some governors on the other side that had done almost eight years.

“It is when you have something to show that you invite people to come. Diri of the Peoples Democratic Party is telling people from Sokoto in the North and people in the South-South, South-East and South-West to come and see what his government has done.

“That is why when God gives you the privilege and opportunity to serve, you need to thank God. While PDP governors are busy executing and inaugurating projects, others are giving excuses.

“Till now, Nigerians do not understand the modus operandi of the ruling party because every day they find excuse not to sign the amended Electoral Act.

“After all that the National Assembly has done, Buhari keeps refusing to sign the amended Act. I know it is because they are afraid of the provision on electronic transmission of election results in the Act. Mark my words; Buhari won’t still sign the amended Electoral Act.”

On his part, Bayelsa StateGovernor, Senator Douye Diri said his administration has built on the vision of his predecessors in expanding the medical university and increasing the programmes of studies to make it one of the best in the country.

Diri said his administration was building on the vision of his predecessors in the late Chief Diepreye Alamieyeseigha, who initially proposed a 500-bed hospital, and Senator Seriake Dickson, who later converted it to a medical institution.

He said BMU was one of the best medical facilities in the country with a crop of distinguished medical professionals.

Diri explained that Wike was invited to perform the inauguration because he has already distinguished himself as a lover of medical education, and relentlessly provided quality projects in developing the subsector in Rivers State.

On the university’s teaching hospital, the governor directed the commissioners for health, education and finance to ensure completion of the project so it could become functional this year.

According to him, under the administration of Diri, there were now 18 academic programmes with the students at 200-level of studies.

They include Medicine and Surgery, Nursing Science, Dentistry, Optometry and Medical Laboratory Science, among others.