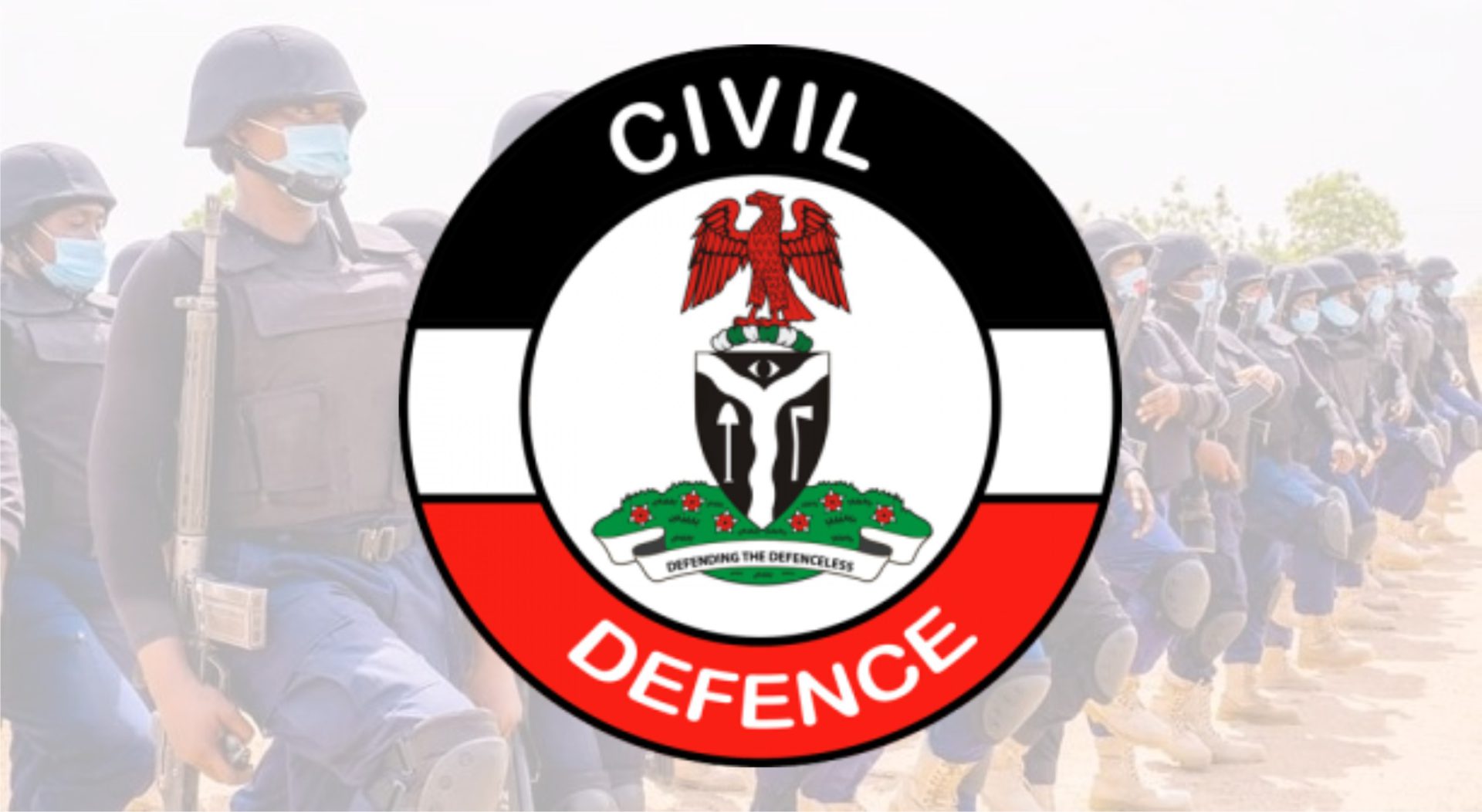 The Nigeria Security and Civil Defence Corps (NSCDC) says its Marine Unit in Lagos has arrested nine Ghanaians for smuggling 201 sacks of cannabis sativa into Nigeria via the waterways.
Parading the suspects in Lagos  recently, the Commandant, Lagos State Command of NSCDC, Mr Okoro Edenabu Eweka, said the interception was made possible through intelligence after monitoring the suspects for two weeks.
Eweka said the officers have been trailing the smugglers who were travelling through the sea for two weeks without their knowledge until they were eventually nabbed.
He stated that the street worth of the cannabis is over N200 million.
Among those paraded were six Beninoise who were arrested while trying to smuggle petroleum products to Benin Republic.
He added that three Nigerians were also arrested in a separate operation while vandalising cables exposed as a result of construction works.
“Lagos State Command will be handing over both suspects and the 201 bags of  Cannabis with street value worth of over N200,000, 000 naira as investigation is on-going for possible prosecution.
“In a similar vein, Six (6) unscrupulous Beninoise who attempted to smuggle l02 pieces of 25O litres Capacity drum of suspected PMS from Nigeria to Republic of Benin were equally apprehended by the Corps late last December.
“They have been investigated and their case had already been charged to court, awaiting arraignment by NSCDC Lagos State Command.
“Equally worrisome is the desperate acts of vandalizing cables, mostly armored ones, that are exposed due to construction works in Lagos State.
“On this, three young youthful gentlemen were arrested and will soon face the music in the Law court”, Eweka explained.
Speaking further, the Commandant commended the Commandant General for the support given to the command to carry out its operations successfully.
Eweka, who declined to disclose the exact location where the drugs was intercepted, noted that for security reasons there was no point unveiling where the items were seized.