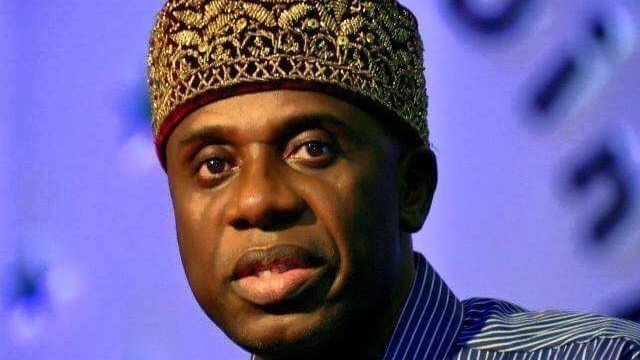 The Supreme Court has fixed May 27 for judgement in a suit by former Rivers State governor, Chibuike Rotimi Amaechi, seeking to stop his probe in an alleged N96billion fraud and fraudulent sales of valued assets belonging to Rivers State.
Justice Olukayode Ariwoola, who led a seven-man panel of justices of the court, last Monday in Abuja, announced the judgement date after taking arguments for and against the suit.
Amaechi, who is currently minister of transportation, is praying the apex court to prohibit Rivers State Governor, Chief Nyesom Wike from investigating his eight-year tenure as the governor of the state.
The former governor, represented by Prince Lateef Fagbemi, SAN, predicated his opposition to probe on the ground that it was aimed at witch-hunting, embarrass, humiliate as well as disgrace him in view of his political differences with his successor.
Wike, who constituted a seven-man panel to probe his predecessor, however, is asking the Supreme Court to dismiss Amaechi’s suit.
The governor, represented by Emmanuel Ukala, SAN, insisted that the Commission of Inquiry headed by Justice George Omereji was to look into how N96billion was allegedly withdrawn from the treasury of the state government and how it was expended.
Wike also said that the Commission of Inquiry was to look into the lawful or otherwise, sales of valuable assets of the state.
The listed valuable assets are Omoku Gas Turbine, Afam Gas Turbine, Trans Amadi Gas Turbine, Eleme Gas Turbine, Olympia Hotel and the award of contract for the execution of Mono Rail project.
Amaechi’s suit at the High Court of Rivers State and Court of Appeal had earlier been dismissed prompting his move to the Supreme Court for remedy.

Use Politics For Dev, Not Killings, Jonathan Tells Politicians