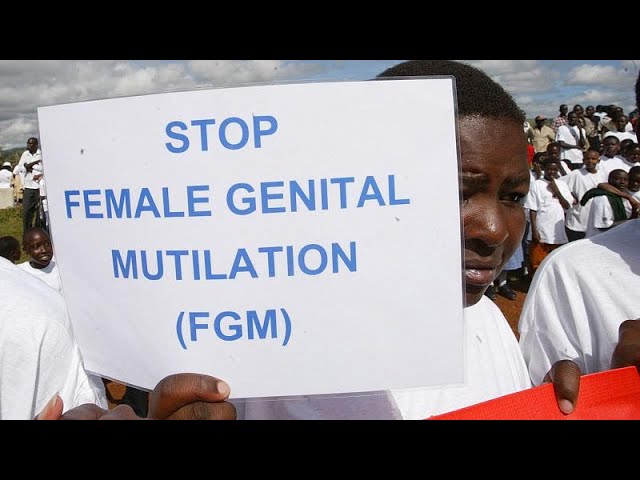 Despite efforts made by government and relevant stakeholders in the elimination of harmful traditional practices in our society, it has remained unabated.

Harmful traditional practices are the customs, beliefs and ways of life that are capable of causing death, fear, stigma, diseases and other psychological and physical pain or damage to the affected persons.

As days, weeks, months and years go by, one form of the practices is recorded.

Every community or ethnic group has its own practices that have been transmitted from one generation to another. While some of the practices are beneficial to some persons, some are harmful to the victims, especially women and children.

Female Genital Mutilation (FGM) which has been described as harmful to the girl-child is still practised in some localities. This is a form of female circumcision where a part of the female genital organ is cut at tender age.

In some communities, it is also performed in adolescents and women during marriage. Experts say if not properly handled, the victim can bleed to death.  Where it is practised, it is believed that it is performed to reduce sexual desire and to maintain virginity until a girl is married.

For over four decades, modernisation and public enlightenment by Ministry of health and other stakeholders in the health sector have been emphasising on the dangers inherent.

Recently, International Federation of Women Lawyers (FIDA)Rivers State, called for the abolition of female genital mutilation in some communities in Abua/Odual Local Government Area of Rivers State, describing such thing as unlawful practice.

Some persons promised they would “Drop The Razor’ in Omokwa community in Abua/Odual  Local Government Area while partnering FIDA to abolish female genital mutilation practice on pregnant women in Rivers State.

Chairperson of FIDA, Rivers State chapter, Adata Bio-Briggs, who made the call while marking the International Day of Zero Tolerance for Female Genital Mutilation with a sensitisation campaign at Omokwa community in Abua/Odual, emphasised that female circumcision is against the law.

She described such traditional harmful practice that is only done on pregnant women when they are about to deliver as barbaric and said it could cause several maternal mortality in the area.

She urged chiefs and leaders of the community in Abua/Odual to stop female genital mutilation, as any one caught in the practice would be sentenced to four years imprisonment.

The spokesperson on behalf of the community, John Israel assured FIDA that the community was ready to partner government at every level to abolish female genital mutilation and other harmful practices that are against the law.

Another speaker,Joseph Aboh, during the event,  emphasised the need to abolish female genital mutilation and said that women have suffered so much from such harmful practice.

Circumcision of young males between the ages of six and 10 before getting into manhood is still practised in some tribes. They undergo pains during the process.

Childhood marriage which is a practice of giving out a girl for marriage at a very tender age of 11-15 should be condemned. As soon as the girl is forced into the union, she starts bearing children immediately. When you give a girl out to a man she never knew or loved, she may suffer psychological problems later in his hands.

The reason some people give is maintenance of virginity of the girl and attraction of high bride price. There is this preference for male children and that the girl should quickly leave the house for the males who will restore the family’s name.

In terms of virginity, a girl can decide to keep herself till above 20 years depending on what she desires in life. The girl may not have developed physically yet to go through the pains in child bearing, complications are always associated with it, thus leading to maternal and infant mortality.

It is unfortunate that child labour is still practised in Nigeria despite government’s efforts in introducing free and compulsory education at the basic level. It is common in a situation where a guardian lives with another person’s child, be it a boy or girl. When her children are sent to school, the woman will send the child out to hawk in the streets, demanding him/her to make some money for her upkeep.

Maltreating widows is one big challenge that has to be checked continuously in our communities. In fact, this cuts across many ethnic groups in Nigeria.  When a man or one’s husband dies, the wife’s movement is restricted and mandated to sit on the floor. After the burial of her late husband, another widow will shave her hair with razor blade and for a couple of months puts on either black or white attire to show a sign of mourning.

Before now, in some places, widows were forced to drink water used in bathing their late husband’s body if there were suspicion that she had a hand in the death. Although this has been tackled in some areas.

Another painful thing here is being forced out of her late husband’s house to enable them have access to his property, whether they have children or not.  Sometimes she is asked to submit the key key of a car to the in-laws. They even ask for deposit in the bank account.

This causes problems between her and the in-laws and the trauma and the emotional problem resulting from this cannot be forgotten in a hurry.

In fact, the issue of maltreating widows is the most challenging. In some communities and cultures, a widow is meant to remarry the brother of her late husband, otherwise she quit and I think there is a religious belief that supports this. This is a violation of the woman’s fundamental human rights.

Preference for male child is a tradition that is rooted in inheritance practice. It is assumed that the male is the one that takes care after the father had departed while the female girl is given out for marriage. In some cultures, it is described as the “seat” of woman in the matrimonial home. It is also believed that if a woman does not bear a male child she is seen as a visitor, there is the likelihood that the  husband may marry another wife.

This is a big threat to the woman.  No matter the sex of a child, the woman should be tolerated, after all, medical experts say it is the man that determines the sex of the child. As male children have their roles to play in a home, so also do the females.

Ministry of education in conjunction with the ministry of social welfare should ensure that no child was found hawking during school hours or not. If found, should be arrested side by side the guardian and charged to court for explanation.

A widow who lost her spouse should be taken care of. A man whose brother’s wife is a widow today, it might be his wife tommorow. In this particular case, men while alive should be sure of proper documentation of their marriage in the court registry to protect their wives dead or alive.

We are not unaware that the media have been on the forefront for awareness creation, a lot more need to done if we have to eradicate the menace to a greater percentage.

Parents and guardians should send their wards to school as there is free and compulsory education. If we have the kind of education that is desired, we will avoid some of these outdated customs and beliefs that do not add value the families and society.

Non-Governmental organisations  and government officials should continue to carry out aggressive sensitisation programmes in the cities. From time to time, government should carry out opinion poll through community leaders/ dwellers to find out if efforts being made are yielding positive results.

The United Nations, in collaboration with World Health Organisation (WHO) have come out with a declaration on the elimination of all forms of discrimination against women. The declaration is expected to take care of these gender issues.

Problems Of Religion In The Development Of Nigerian Society

The Forgotten Documents Of The Nigerian Civil War