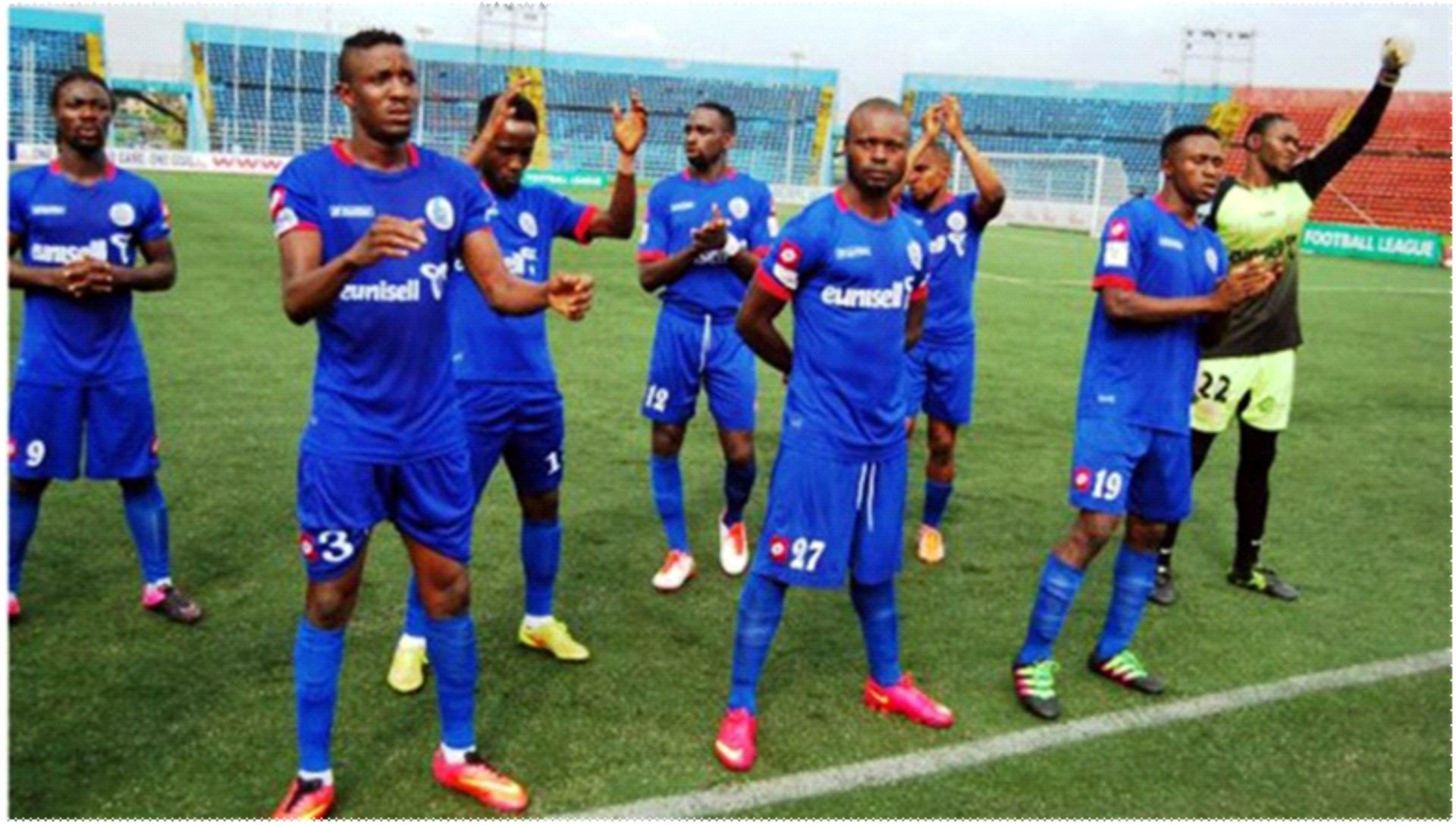 Nyima  Nwagua’s strike made all the difference as Rivers United chalked up 1-0 win away from home in the Nigeria Professional Football League, (NPFL) in Ahmadu Bello Stadium, Kaduna.

In the midweek game which was played on a hot and sunny afternoon at the Ahmadu Bello Stadium in Kaduna, the energetic forward took advantage of a floppy play from Pillars goalkeeper, Idris Ibrahim to seal victory for Stanley Eguma’s side.

Rivers United started the faster of the two sides, with a dangerous low ball from Ishaq Kayode threatening the Pillars goal as Chijioke Akuneto forced Ibrahim into action.

The hosts threatened sparingly.Sa’idu Salisu came close to scoring from a corner, before Rabiu  Ali’s strike was saved by Sochima Victor.

The second half brought more opportunities for the Sai Masu Gida side than the first, with Sochima Victor forced into action to deny a powerful strike from Rabiu Ali.

The key moment came in the 70th minute when former Kano Pillars forward, Nyima Nwagua took advantage of the goalkeeper’s howler to slot home what proved to be the match winner.

Frustration grew in the ground as Salisu Yusuf’s side attempted to battle their way back into the game.

Despite a late spell of pressure and a couple of forced nervy moments, the back four of the Pride of Rivers consisting of Kazie Enyinnaya, Ebube Duru, Fabian Nworie and man of the match, Cameroon import Dennis Ndasi, stood firm in the face of waves of Pillars’ attacks.

The victory marks consecutive clean sheets and sees Rivers United continue to build the much-needed positive momentum on top of the league log.

Rivers United remains on top of the NPFL log with 35 points from 16 matches, one point ahead of Plateau United.

United will host Shooting Stars on Sunday at the Adokiye Amiesimaka Stadium in Port Harcourt.