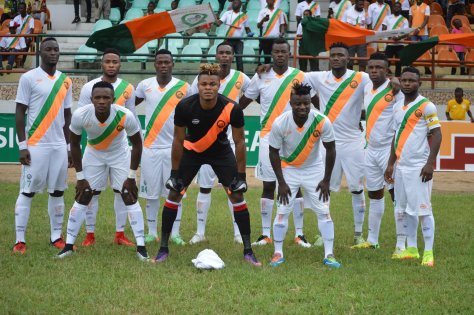 Go Round  FC overcame the forays of Nnewi United in Omoku, winning 2-1 to shoot to the top of the table and remain unbeaten in the Nigeria National League, NNL.

Akinwale Ogunjobi converted an early penalty as early as the 10th minute to put the ‘Dare the Lion’ Boys ahead and deflate the pride of their opponents from Nnewi.

In the 39th minute, a sublime effort from Akpam Abraham made it 2-0.

It was a wonderful team move that got to him in the box as he chested down before volleying to the roof of the net.

Four minutes later, Nonso Eboh pulled one back for Nnewi United in the easiest of tap ins as a low cross found him alone in the box with just the goalkeeper left to beat.

Ngozi Elechi said the mentality of his boys going into the game was a winning one and he was happy he won but wanted more than a slim win.

“We are glad that we won and we needed the three points, but I am not impressed by the performance of some of my players. We could not make passes and that does not show our quality.

“Our mentality going into the game was to win, having won away. The away win was a morale booster for us,” Elechi said.

Nnewi United coach, Fancy Ewulu, cited the delays before the game started as the cause of his problems.

“We want a fair game, but how can we come all the way from Nnewi and they will tell us the referee had not arrived. Our mentality was to win.

“And we would have won the game easily,” Ewulu cried.

Oliseh Records First Victory With Eagles As A Coach