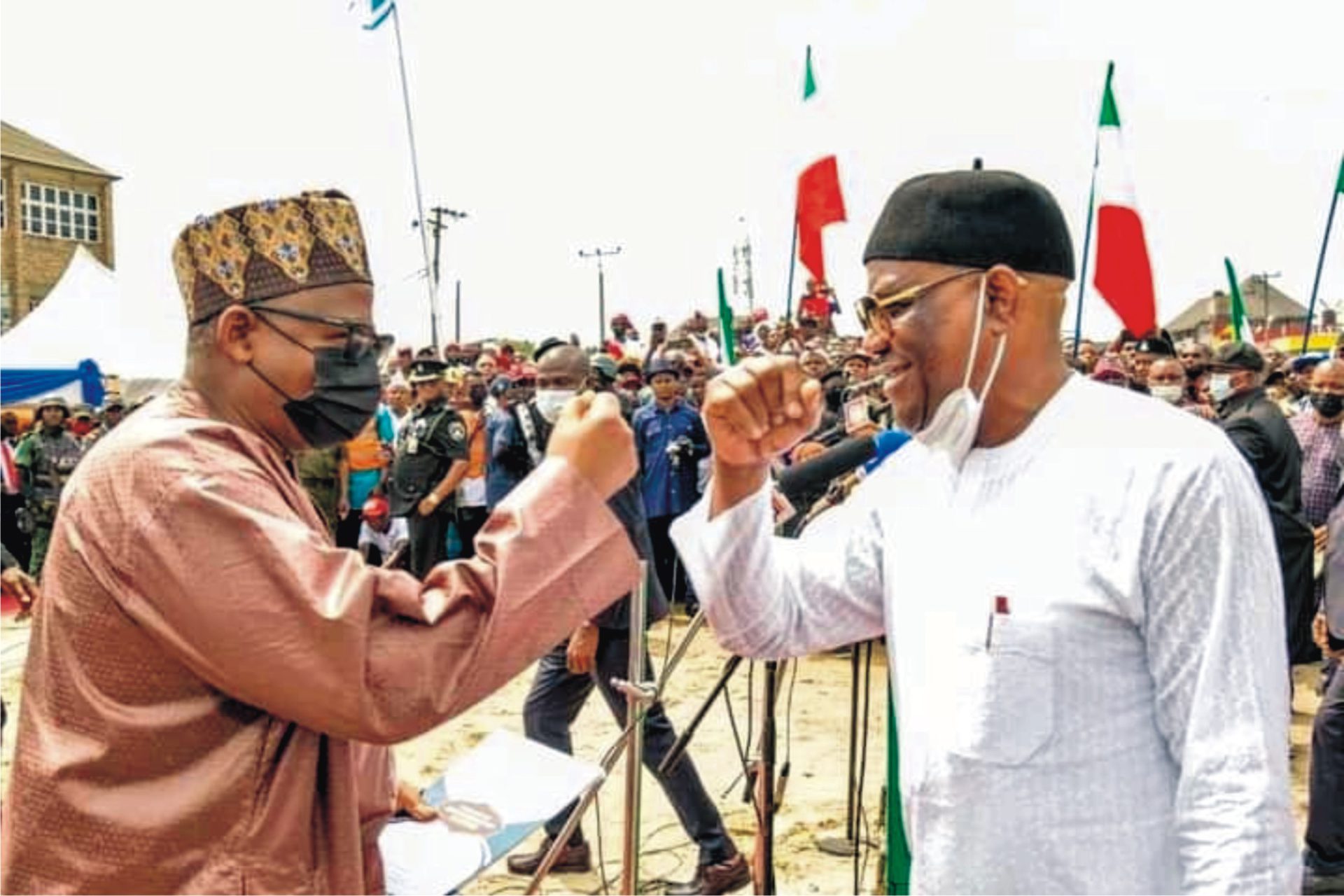 The governor said the leadership of APC and its members have denied women their desirable roles in politics.

He noted that the National Assembly voted against the five gender bills despite appeals from women, including the wife of the President, Mrs Aisha Buhari, and wife of the Vice President, Mrs. Dolapo Osinbajo, who had approached, lobbied and secured the promise from members of the National Assembly to pass the bills in support of affirmative action.

Wike stated that it is rather baffling that the lawmakers voted to frustrate bills meant to grant women legislative rights.

Wike said such thing will not be allowed to happen in progressive societies that have continues to harness the potential of women in the advancement of their countries.

He blamed the rejection of the bills on what he described as President Muhammadu Buhari’s lack of interest in allowing for affirmative action for women in political administration in the country.

Wike said the situation in Rivers State was different because he had made women integral part of the process of political administration of the state.

He said this is as a result of deliberate policy implemented by the Peoples Democratic Party leadership in the state.

“Look, in this state, as a matter of policy, we said we are going to do this and we agreed that if women cannot be chairman of councils, they cannot be refused the position of vice chairmen.

Speaking further, Wike said he has used politics and governance to better the socio-economic conditions of communities and made the people happy.

Rivers State governor said sustaining national development and providing a thriving economy for Nigerians was not difficult to attain across the country.

He said a lack of passion in leadership to improve the life of the people, and tendency of the APC to inflict pains on Nigerians, inadvertently, create the impression that governance was difficult.

Wike said what was important to him in governance is to solve societal problem and to see to it that the people were happy because of the improved social services that include development projects, delivered to them.

Performing the inauguration of the 10.2km long Ahoada-Odiemerenyi-Ihugbogo-Odieke Road project, former Governor of Kaduna State, Senator Ahmed Makarfi said Rivers State has a truly difficult terrain, adding that it takes courage and love to invest in such development endeavour to better the lives of rural dwellers.

He said that it was imperative for the PDP to take over power at the national level so that Nigerians would enjoy passionate leadership that was committed to their welfare.

Makarfi, however, sued for greater unity in the PDP and undivided focus towards return to power at the national level to reverse the failure of the APC.

Providing the description of the road, the Rivers State Commissioner for Works, Hon Elloka Tasie-Amadi said the Ahoada-Odiemerenyi-Ihugbogo-Odieke Road project was 10.2km long and 7.3metre wide.

Tasie-Amadi explained that the road, which would benefit the many communities in Ahoada as it opens them up to three local government areas of the state.

“With the improved road access, more products will be available locally, and the number of local businesses will increase.

“The value of agricultural land will also increase significantly following the completion of this road. All these benefits put together will increase the net income of the targeted beneficiaries”, he said.