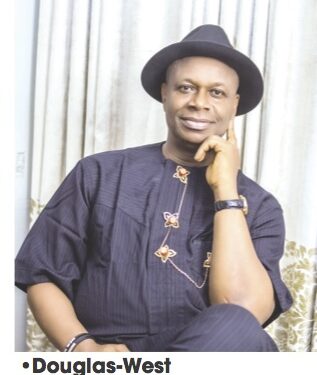 Reverend Asoliye Douglas-West, a governorship aspirant in Rivers State, has suspended his ambition to contest in next year’s election. The cleric made this known in an interview with journalists in Lagos yesterday.

The cleric said, “I remain committed to the mission of changing the narrative and inventing a new future for Rivers State,” using the alternative platform offered by his pastoral engagement.

He recalled that, some months ago, he presented himself as a potential candidate vying for the governorship position in the state in the forthcoming elections in 2023.

“I have been particularly humbled and persuaded by the feedback I got from series of consultations and dialogue that took place after signposting that initiative. I was deeply affected by all who genuinely expressed confidence and identified with me in pursuit of this noble cause and those who further went the extra mile to demonstrate huge extent of solidarity out of their own volition pledging commitment and willingness to make sacrifices by considering me worthy for potential acceptance.

Continuing he said, “I must confess that I have been deeply honoured and grateful to God Almighty for the inspiration and audacity against all odds and for all the offering of counsel, goodwill, kindheartedness and criticisms from the rainbow collectively of people of like-minds and well meaning Rivers and non-Rivers indigene but the opacity, intrigues, unrighteousness and indescribable complexities associated within governance a mirage.

“By no means was I unaware of, nor did I take into cognisance the cache of mines buried in the political landscape.

“ Nevertheless, I remain fully focused in and committed to the mission of supporting concrete efforts directed at sensitising and galvanizing people of Ijaw-speaking descent in the eight local government areas of Rivers State namely, Asari-toru, Akuku-toru, Degema, Andoni, Bonny, Opobo/Nkoro and Ogu/Bolo on the urgency to reconstruct our politics and politicking for the purpose of capturing power as a viable tool for fostering development in the coastal area.”