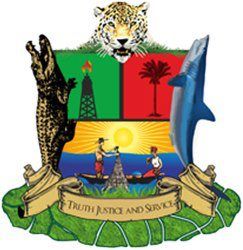 The kidnap syndicate that has been terrorising Bayelsa State has opened up on how it collected N160 million ransom from two bankers it kidnapped in Yenagoa, Bayelsa State.

They stated this during their parade by the State Commissioner of Police, Ben Okolo at the Police Officers Mess, Yenagoa.

One of the kingpins regarded as the ring leader, Emmanuel Charles Angase, aged 37, from Azuzuama in Southern Ijaw Local Government Area, said they collected N160 million ransom from Akeeb Oladele Olusola, a banker with a new generation bank, and Danjuma Omeje, also of a new generation bank, both kidnapped at different times in Yenagoa.

He said while Olusola paid N100 million, those that delivered the ransom delivered N80 million, while Danjuma paid N60 million and N30 million cash, and the dollar equivalent. He said he was also involved in the kidnapping of the sister of former governor Henry Seriake Dickson and Mr Chinonso Eze, a businessman.

Angase, an in-law to a former governorship candidate of a major political party, denied being the ring leader and claimed that one Gbalipre Gamage from Oluasiri, in Nembe Local Government Area, was the leader of the gang.

He further confessed that John Ikechukwu Ewa, aka John Lion, whose viral video has been trending over the weekend, was part of the gang that kidnapped Danjuma at the entrance of his house at Okaka, Yenagoa, and fled in a vehicle with Reg No KJA 225 AY.

Contrary to reports that Ewa, a native of Eruan community in Boki Local Government Area of Cross Rivers State, was the ringleader, the kingpin confessed that Angase was the leader.

Ewa further disclosed that as a former cleaner of a new generation bank, he showed the gang the house of Danjuma and was given $10,000 by Angase from the ransom paid by Danjuma.

Also paraded was Innocent Kingskey, aged 31, from Egbu community in Itche Local Government Area of Rivers State, who was the owner of the Blue Toyota Corolla Car used for the kidnap. Another member of the gang, Timi Werikumo, from Azuzuama, arrested by operatives of Operation Restore Peace, was also paraded.

A brand new Toyota Avalon with Reg No PHC 35 HK, which Angase bought for his wife, was impounded by the Police.

Okolo assured residents of the state to ensure Bayelsa is uncomfortable for criminal elements, stressing that they are determined to rid the state of criminals.