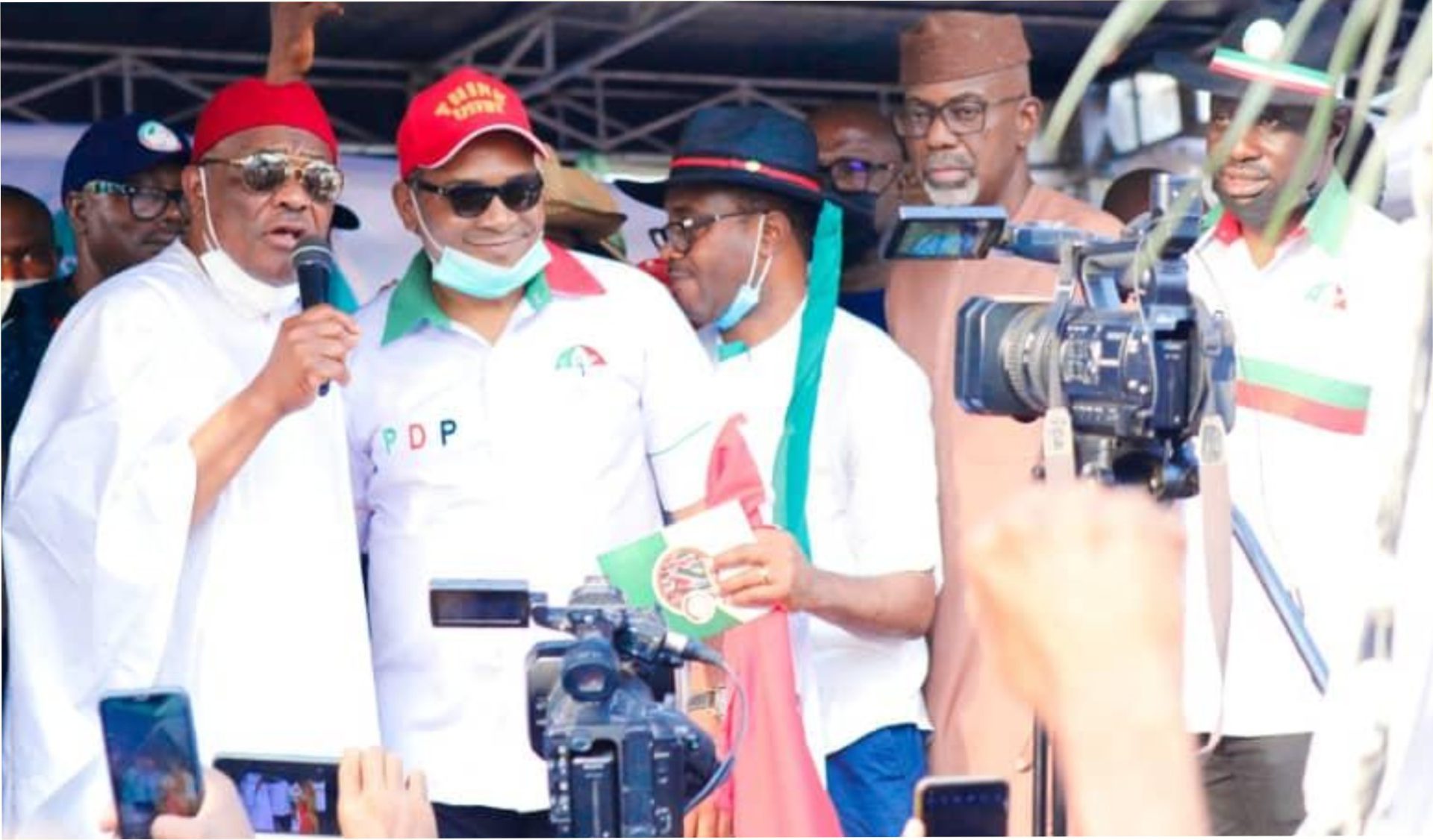 It would be recalled that the police had in the earlier hours of Saturday, barricaded the Calabar Sports Club, the venue for the flag-off of PDP’s campaigns for Ogoja/Yala Federal Constituency and Akpabuyo State Constituency bye-elections.

Addressing PDP faithful at the venue of the rally in Calabar, Wike described as disgusting attempts by Ayade and the police to prevent PDP from holding its rally for the Ogoja/Yala Federal Constituency and Akpabuyo State Constituency bye-elections.

“When I was told that they don’t want you to hold this rally, I said this rally must hold today, and I must come. Whatever will happen, let it happen today. I told your leader that if you did not hold this rally today, then, that would have been the end of PDP. But I thank God, all of you resisted it, and you said ‘enough is enough’.

“Let me tell you now, I have come here today to let you know that I’m going to give you every support. Don’t be afraid. They tried it in Rivers State, we resisted them. They are trying to instigate fear in you. Don’t be afraid at all. Whatever Cross River Government can do, PDP can do it better.

“I don’t understand how a governor would want to stop you from holding ordinary federal constituency and state constituency election rally. When it comes to governorship, what will happen?”

At the rally that was attended by former Cross River State governor, Senator Liyel Imoke, Senator Sandy Onor, and other chieftains of the party, Wike urged the people to mobilise PDP faithful and supporters for the crucial Ogoja/Yala Federal Constituency and Akpabuyo State Constituency elections.

Wike accused All Progressives Congress (APC) governors and some vested interests of prevailing on President Muhammadu Buhari not to sign the Electoral Act Amendment Bill into law because they were afraid of losing the 2023 general election.

“Why they have not signed the Electoral Act is because they are afraid of the results to be transmitted electronically. So, your governor here is one of those pushing for that amendment act not to be signed so they can use security to carry results. 2023 is not 2019!”

Wike declared that PDP must rescue Cross River State from the shackles of bad governance and maladministration of the APC-led state government.

He advised the electorate to ensure they guard their vote during and after the election.

Keshi Might Have Made His Eagles A And B

Apostle Eugene Ogu: Icon Of Evangelization And Hope Of The Downtrodden (1)