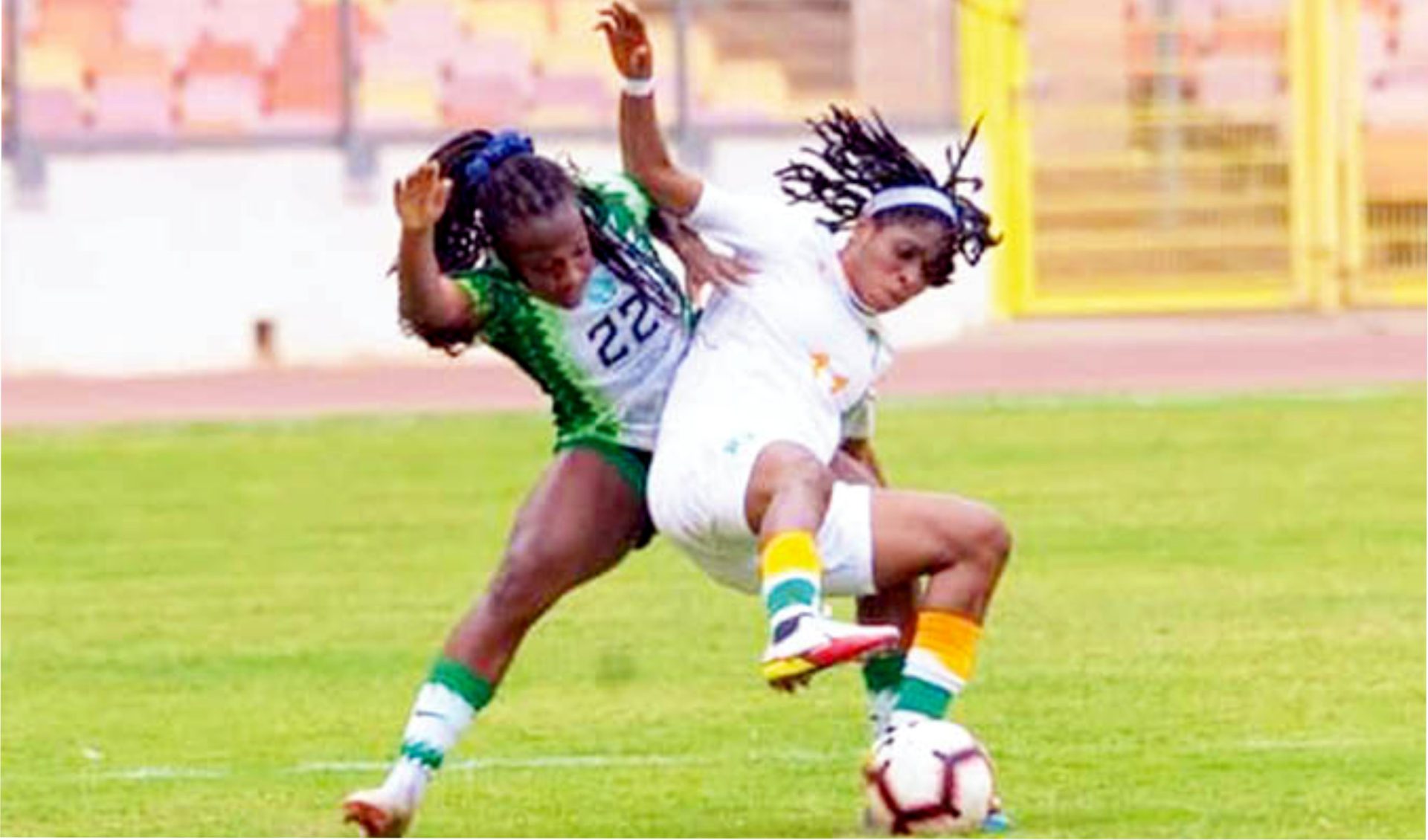 Nigeria’s Super Falcons have been dealt a major blow with the news that star player Asisat Oshoala will miss their crunch Women’s Africa Cup of Nations qualifying playoff against Ivory Coast today.
Oshoala, 27, suffered a thigh injury in training with the Super Falcons and is set to miss an estimated 10 weeks, according to her club side, Barcelona.
The four-time African Women’s Footballer of the Year is the leading scorer in the Spanish top flight this season, even though she only recently returned from a two-month layoff due to a knee injury.
The forward missed Nigeria’s 2-0 victory over Ivory Coast this past weekend and will now also be sidelined for the second leg in Abidjan.
In fact Oshoala is not likely to return before the end of April, meaning she will also not feature in the eagerly-anticipated European Women’s Champions League quarterfinal tie against Real Madrid in March.
The Nigerian is the continent’s most decorated female footballer and the first African player to win the Champions League title.
Her absence is a blow to the Falcons as they bid to seal their qualification for the AWCON against the Lady Elephants, who stopped them from qualifying for the 2020 Olympic Games.
She missed the first-leg in Abuja on Friday with centre-back Onome Ebi wearing the captain’s armband while American-born Ifeoma Onumonu stepped up to score the two goals that gave Randy Waldrum’s side a 2-0 win.
Oshoala will be hoping Nigeria protect their lead in Abidjan for a chance to feature in the 2022 AWCON that will take place in Morocco later in July.
Meanwhile, Burundi has qualified for the Women’s Africa Cup of Nations for the first ever time after beating Djibouti 5-0 in the second leg of their play-off tie.
Leading 2-0 at half-time in Ngozi through goals from Rukiya Bizimana and Uwimana Aniella, Bizimana netted again after the restart and Aniella completed her hat-trick to seal Burundi’s place at the tournament with an impressive 11-1 aggregate score.
The Swallows had beaten Djibouti 6-1 in the first leg last Wednesday, a game which was also played in Ngozi in northern Burundi.
It means Burundi are the third side to book their spot at the Women’s Nations Cup after hosts Morocco and Uganda, who qualified after Kenya withdrew before their clash.
Twelve nations will compete for the continental crown from 2-23 July, with the four semi-finalists automatically securing berths to represent Africa at the Women’s World Cup in Australia and New Zealand next year.

The Characteristics of Soul, A Divine Spark of God!